Read more about the book here. 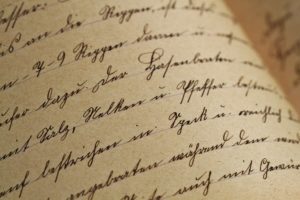 The recent rise in the popularity of nationalist movements tells us that more attention should be paid to the effects of national feeling on politics. This article considers the potential relationship between national identity and active and allegiant citizenship and particularly whether nationalists and patriots are better citizens than those who have weaker feelings towards their country. We analyze these relationships using data from the European Values Study in 2008 and 2017. Our main models control for a variety of political, social, and economic causes of good citizenship and include country fixed effects in addition to three measures of national feeling. Our findings indicate that civic national identity is connected with better citizenship on virtually all of our outcomes, whereas ethnic national identity is frequently connected with worse citizenship. We explain these results using social identity theory and theories of prejudice. The results suggest that politicians ignore or downplay national feeling at their peril.

This study investigates how the tenor of the political climate during a person’s youth affects his or her attitudes towards immigration in adulthood. We analyze why cohorts formulate distinct patterns in attitudes towards immigration through a collective process of political socialization during the formative years. The theoretical arguments are tested using hierarchical age-period-cohort modelling across twelve cohorts in nine European countries using micro attitudinal data (2002-2016) integrated with historical macro-political data. We find that contextual exposure to principles of equality and tradition in the formative political climate is central to the formulation of a person’s attitudes towards immigration later in life. While the prevalence of the principle of equality affects immigration attitudes in adulthood positively, the principle of tradition does so negatively. The findings imply that even subtle and cyclical shifts in national politics affect the political orientations of those undergoing the process of political socialization.

Using an analysis of variations in aggregate levels of tolerance as well as in the educational effect as a practical example, this case study shows how to apply multilevel modelling techniques using multilevel logistic and multilevel ordinal regression models. At the micro-level, data reported in the analysis are derived from the World Values Survey third wave (1995–1998) across 24 countries. At the macro-level, data are derived from the Polity IV project’s dataset regarding countries’ political regimes. The case study reviews the basic concepts, terminology, and applications of multilevel modelling.

Using an article focused on national identity in the post-communist Czech Republic as a practical example, this case study shows how to empirically assess a research problem with the help of confirmatory factor analysis and structural equation modelling. This article analyses attitudes of national pride and ethnic exclusionism and their interrelations in the Czech Republic for the year 2003. Data are drawn from the International Social Survey Programme National Identity Module 2003. First, confirmatory factor analysis is used to establish the multidimensionality of national pride and of ethnic exclusionism. Second, the interrelationships between different dimensions of national pride and of ethnic exclusionism are analysed using structural equation modelling. The case study reviews the basic concepts, terminology and applications of structural equation modelling.

The State of Play of Schengen Governance (EU Chronicle)

It Takes More Than An Election To Guard Against Authoritarianism (Forbes)

Has Europe turned its back on the duty to care? (Vox Europe)